“We have signed an agreement with Serunai Commerce to offer halal certification services. We will start with the training of halal auditors by JAKIM-approved experts,” Atoba’s chief executive officer Muazzzam Naik told pressmen.

Serunai Commerce was formed in 2009, is a systems-oriented development company which offers a range of products and services that are customised and systematically designed to enhance marketplace connectivity and transparency. Recognising the increasing demand of Halal products in both local and international markets, the company decided to bridge that gap and tap into the USD2.3 trillion global Islamic market by creating an online system that interconnects Halal suppliers with buyers globally. The centre he said, would be the first of its kind in India to follow advanced technical and managerial methods in halal auditing.

“The centre will empower the halal industry by serving as a platform that connects different markets and broadens their reach,” he said.

He added that Malaysian halal industry standards which are globally accepted by consumers and companies would serve as the centre’s benchmark.

The expo which began on Saturday has attracted 115 exhibitors including Malaysian companies and industry specialists as well as thousands of visitors. – Bernama 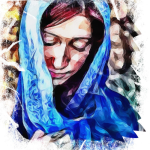 Researcher and Editor at ehalalFood.com

Indonesia as Halal Country and Exporter

Back to Top
X